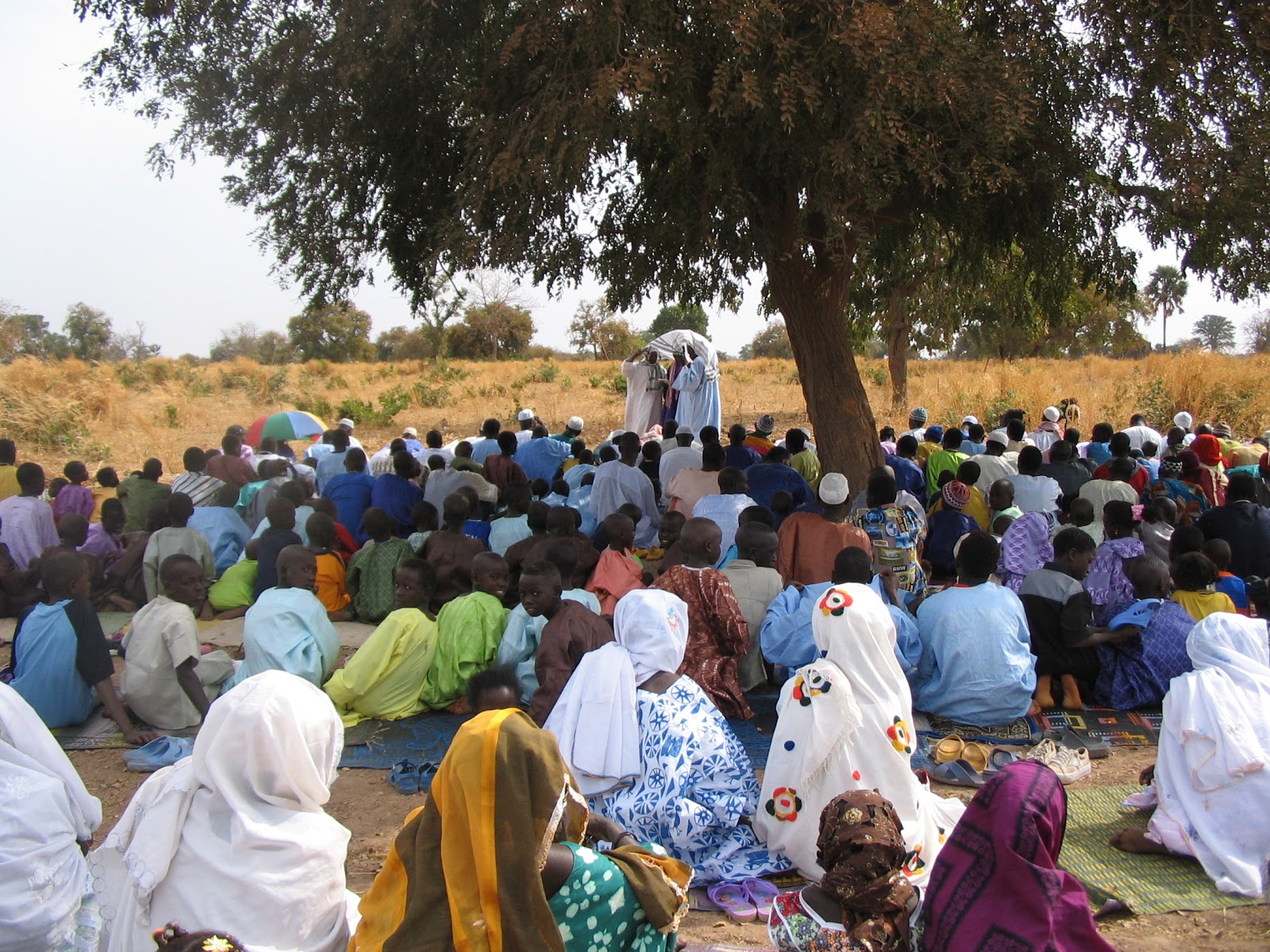 Or so I thought.

During my first celebration of Tobaski, a three-day affair in The Gambia, I attended all the required prayers, I bought new clothes, I helped clean the compound, and I helped cook.  And I watched the sacrifice of the rams.  (Of course since I had a camera my family wanted pictures of the event).

Each year during Tobaski rams are sacrificed to remember Abraham and his son Ishmael.  As I stood there watching the sacrifice of the ram, my brother leans over to me and says, "Do you know why we slaughter rams?"

He says, "We slaughter rams to remind ourselves that Ishmael could have been killed, but God didn't allow it; God saved us and gave us life."

It wasn't about Abraham, it was about God.  God's grace.

Throughout my two years in Africa my definition of God and worship and faith expanded.  Old stories were made new.  New stories were revealed.  New understandings broke through.  God was alive and active and life-giving for me.

Each year as Tobaski is celebrated I offer the same prayer.  I pray for this world and all the opportunities we have to point away from ourselves and to point to God.  I pray that we see God in our neighbor, in the stranger, and in the enemy.

Thanks be to God.
Posted by Kimberly Knowle-Zeller at 5:07 PM

Kimberly Knowle-Zeller
I love to journey. I love to share stories. People and places ground me and provide home. Ohio, Wittenberg. Trinity Lutheran Seminary, The Gambia, The Camino and Missouri have transformed me. Thanks for being a part of my story and walking with me.